Turn a Simple and Hot Style Into One With Meaning!

Hello guys and gals, from the folks over at PRASM! Thanks for stopping by.

In the post, Why Should You Care About Color?, we touched on the importance of color in our everyday lives and this week we want to chat a little about the significance of belts and some of the history behind them! Some of us throw a belt on everyday, so why not learn a little about how and why they became a part of our daily wardrobes?! We won’t bore you with a bunch of information, so here are a few interesting facts about belts…

Did you know that:

There are various other reasons as to why belts were originally worn. We have named only a few! 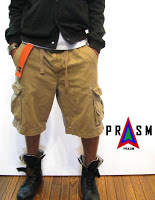 Belts have an interesting history! They served a purpose beyond simply enhancing fashion and style (and still presently serve as a higher symbol for some people)! The belt’s various, less practical applications and uses is what also makes belt wearing so cool and meaningful. This brings us to our beloved PRASM brand…

PRASM belts not only serve a significant purpose through the symbolism of colors (as discussed in the post Why Should You Care About Color?), but it also serves a higher purpose simply because your wearing a belt! So you get the best of both worlds when you rock a PRASM belt -the energy from color frequencies and the spiritual and ‘in-tune’ symbolism of wearing a belt at the center of your body! Who knew that adorning yourself with a belt could be so significant?

Try one of our belts for yourself and be visually expressive across different levels!! You can find PRASM belts at www.PRASMClothing.com or for more contact information please scroll down to the bottom of this page! Thanks for stopping by and have a spectacular week!